Midori Kasugano is the main female protagonist of Midori Days. She is a shy teenage girl that has had a crush on Seiji Sawamura for 3 years.

Midori was born into a very prestigious family, loaded with money. As a result, she lives in a very large mansion with many individuals. Her father apparently works on foreign business often, and her mother is a stay-at-home parent (whom she loves). Midori has always expressed interest in many things the help does, which has lead to many of the maids become surrogate family members as well and have taught her how to cook, clean, and various other things. Her mother also shows friendship with the maids beyond workers, indicating that the mansion staff are treated with very high respect and thus have become very protective of young Midori and her family.

Midori has had one loyal childhood friend in the form of Kouta Shinyoji and the two have figured that once they got older they would marry, although that eventually fell apart as the two began to realize they had no emotional interest in each other beyond friends. She also made friends with another student named Beniko Iwasaki, whom she idolizes for being a very brave individual willing to make friends and step forward to talk.

Midori had met Seiji at some unknown time, and had found out that Seiji never picked on the weak or those unable to defend themselves. This has lead her to see Seiji as a misunderstood individual with a kind heart underneath his tough exterior. When she was sent to high school, it was disappointing to her that she went to a more prestigious school than the school Seiji himself went to, but also realizes that she most likely would not have engaged him in conversation anyways.

Eventually Midori began repeatedly placing herself in locations where she would inevitably cross paths with Seiji, hoping to force herself to confess. Over and over again this failed. Without the courage to do so, she began feeling more and more isolated and unable to stand her inability to be brave and state her feelings to others.

At some point, this led her to pass out and awaken on Seiji's arm.

Midori is a very shy girl who has an incredibly difficult time talking to others, and also appears very emotionally fragile. Overall, she considers herself a coward. She seems to have a lot of self-confidence issues and likely suffers from social anxiety (but not SAD). Once she becomes Seiji's right hand, she expresses multiple times that she feels like an incredible burden. Without Seiji's right hand, he has to train himself to use his left, and Midori feels particularly guilty over this. She apologizes to Seiji on various occasions, although he usually tells her to not worry about it.

How she ended up on Seiji's arm is unknown, but she shows extreme enjoyment. She likes hanging out with Seiji and stating she loves him all the time. Even when it seems to be getting annoying, she continues, mainly because she know Seiji does enjoy it. She also loves to cook, clean, and help Seiji out. Pretty much every activity she does she enjoys due to it being with Seiji.

Midori is also prone to jealousy, and does not enjoy watching Seiji with other girls. While she doesn't chastise him or make it verbal, it is very clearly shown to the audience that she is very jealous of Ayase, and jealous of other girls Seiji looks at (as she feels inferior). Seiji's inattentiveness is most likely due to her being a right hand rather than just unattractive. Midori's jealousy and rage can grant her inhuman strength well beyond Seiji's normal ability, and can throw large objects or break things that are well beyond anything Seiji (a full sized human) is capable of.

Midori is very innocent and has had very little exposure to adult content. As a result of this (and possibly her upbringing) she removes all of Seiji's adult collection from his room, and keeps him from viewing such material. She let out a rather horrifying screams in one scene when Seiji's towel falls off after a soaking his body in bath tub. Otherwise she shows exceptional embarrassment in the topic and the situation, and often steers clear of any discussion of the matter altogether. She also shows embarrassment at Seiji seeing her body (appropriately), and actually has him shut the drapes to his upstairs room while getting dressed (despite her being far too small to see), and expresses immediate attention to finding clothing. During the dream sequence in the anime, she also panics when she is getting dressed, and screams when she sees Seiji's nude upper torso (as everything below his waist is just her arm).

Midori is also shown to be a young girl at heart, and enjoys dressing up in doll clothing when the two visit a doll house, sewing cute phrases into her clothing, and watching cute movies and programs. She appears to adore romance, and fantasizes often in regards to her getting together with Seiji. She is also very interested in desserts, but also eats very moderately as she doesn't want to gain any weight. 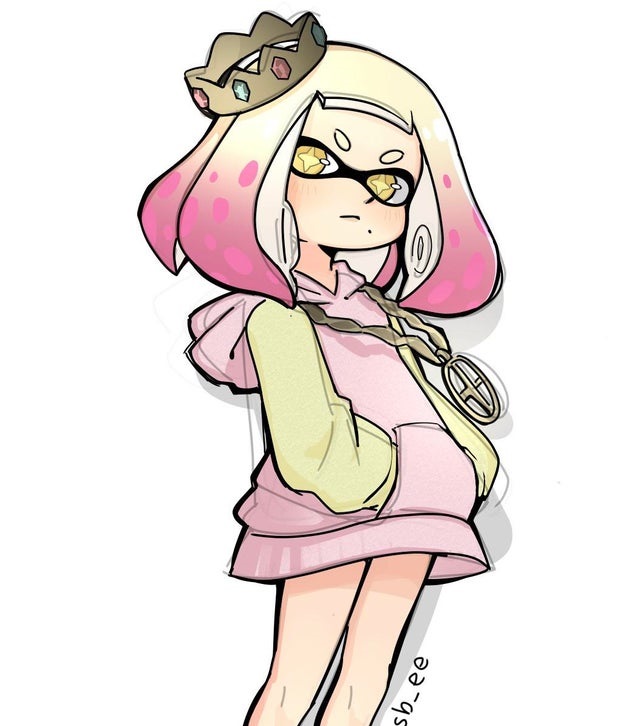 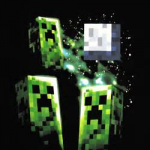 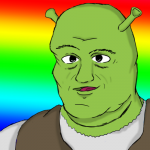